Texas Cities & Towns Starting with B

Bluebonnet is the official state flower of Texas that was appointed by the Texas Legislature in 1901. There are five bluebonnet species that grow in the state: Lupinus havardii, L. perrennis, L. plattensis, L. subcarnosus, and L. concinnus; and what’s more interesting is that all of these species are considered to be the state’s official flowers – Texas has five state flowers and they’re all bluebonnets! Thus, bluebonnet fields are definitely an icon in Texas; not only that it beautifies our roads, but it also creates wonderful photographs and memories since the infancy of the state. It is most dominant in the Dallas-Fort Worth area and it usually blooms in the middle of April. However, these flowers don’t last long – its already considered lucky if it stays until the first week of May. The city of Ennis, just 35 miles south of Dallas, is the official bluebonnet city of the state; it is home to the annual Ennis Bluebonnet Trails Festival, where tourists and visitors shell out roughly a million dollars each April. 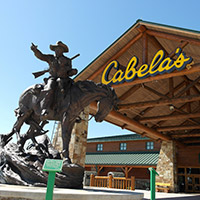