The Texas Eagle, known merely as the Eagle until 1988, is a 1,306-mile-long passenger train route that runs daily between the states of Chicago, Illinois, and Texas. It offers coach seats, lounges, diner lounges, and private rooms, where you can relax, dine, and enjoy the beautiful outside scenery while you’re on your journey. Texas Eagle is the direct replacement of the Missouri Pacific Railroad, also known as MoPac, and the Texas and Pacific Railway train, which was opened in 1948. Thus, this train not only helps in the state’s economy, but it also played a significant role in the growth and development of the state’s early settlement. 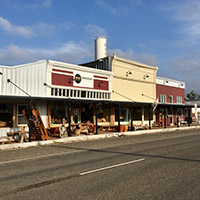