Fannin County is situated in the far north in the state of Texas. Bonham is the county seat. The county was initially created in 1837 but was officially established the next year. James Fannin was the namesake of the town. He commanded the group of Texans that were killed in the Goliad Massacre that occurred during the Texas Revolution. James Bonham (The county seat was named after him) asked for Fannin’s assistance during the Battle of the Alamo but he was powerless to provide it. Some of the top sights in Fannin County are Blue Ridge Scenic Railway, Springer Mountain, Mercier Orchards, and Blue Ridge Lake. 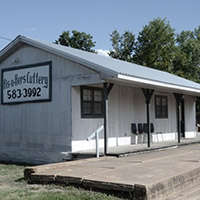