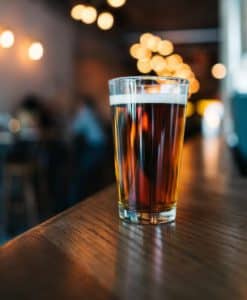 Just 10 minutes north of downtown Houston, the City Acre Brewing finally opened in 2016 and Houston fell in love. The four-year delay did the owners a favor. They used the place as an events venue while they completed their Texas permits. Meanwhile, the plants and trees in the area had time to grow, and the brewpub had time to perfect its beers and recipes. When they finally opened, the raised vegetable gardens became a source for the seasonal farm-to-table menu. “I found the setting enchanting,” says one review, “(and) gardeners will enjoy checking out (the garden).” With Adirondack chairs and picnic tables scattered about, “it was quite easy to spend a few hours enjoying the blossoming gardens,” says another. The beers on taps, of course, are getting rave reviews,too. In addition, the brewery offers beer cocktails, a selection of wines, and feature their own house-made sodas.