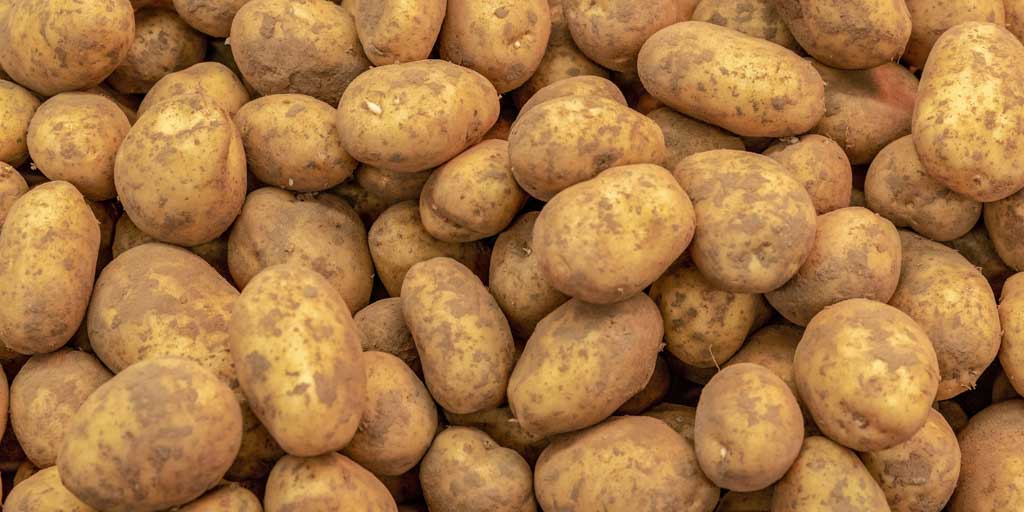 Kennebec is a variety of potatoes known for being late maturing and having a rather large yields which is why it was so popular amongst the farmer and the general population. It’s an all American variety actually made by the government in the 1940s.

The plant is rather resistant to most issues that are usually facing potatoes which is how it’s designed to be in the first place. It’s used mostly in the same ways as any other potato is.

This variety of potatoes is rather versatile and it’s mostly used for frying. That means that the size and the shape of the potato doesn’t factor in when you’re buying them, since you’ll slice them up anyway. Instead what you want to do is to make sure that the potatoes are still fresh.

This is mostly done based on how firm they are and what color they are. You should look for the potatoes with a smooth color all around and without any weird bumps on the skin.

Kennebec Potatoes can and are grown in Texas but the key is when to do it. They grow best in early spring and late fall because that’s the best timeframe to stay away from both the heats and the frost. The tops of the potatoes can’t sustain frost at all and they will die if you leave them out in cold.

Potatoes also need full sun exposure, they also do best in soil that’s loose and well-drained soil, that’s at least slightly acid in its ph values. Draining the soil should be your first obligation since if you don’t do this on time, you may face poor yields.

The soil temperature should be about 50 degrees F at a 4 inches deep. That’s the time to plant and that’s mostly 3 weeks before the spring frost. When you’re planting in the fall, you should do it 110 days before the first frost. This is obviously a bit more difficult to predict.

You’ll notice that the tops of the potatoes are starting to die. That means that bellow the ground the skin has become firm enough so that you can start harvesting. It’s best to dug out the potatoes while the soil is moist.

Kennebec potato was made by the department of agriculture in 1941 and it was released to the public to be used for commercial purposes in 1948. In 1980s the name changed its meaning slightly and it’s now used by other potatoes as well if they are best made for chips and frying.

They are mostly popular in the US and in Canada where they are both exported and made domestically. They are not yet exported worldwide because most countries have their own varieties that fit with their culinary uses.

There’s no need for any kind of other packaging when it comes to these potatoes. They are packed just like any other. That means that they are kept in boxes and in sacks and moved from the farms to the stores.

That’s how they are sold in the farmer’s markets and stores as well. You can buy them by the sack or buy the pound, the former being more cost effective if you have a place to keep them.

The best quality of these tomatoes comes from the fact that they are more tender and sweet than the ordinary varieties. That’s why they are so good for making chips and frying in pan. In order to achieve that perfect taste, you should boil them in water with some butter without taking the skin of.

The potatoes will keep their shape while cooked, which makes them perfect for dishes that require the potato to keep the texture in balance in comparison to all the other ingredients. When it comes to frying them, there’s not much thought needed, all you need to do is to slice them up and find a perfect mixture of butter.

Potatoes can be stored for quite a long time, which is why they are often bought in bulk and kept in sacks. You can keep them in your pantry or even in the kitchen and they can be useable for months.

The key is to put the potatoes in a room that’s dry and that’s won’t be too hot for a while. This gives you plenty of options within your home even when you don’t have that much space to spare.

Most of the recipes with these potatoes are about them being cooked and fried. There’s plenty of room to experiment here and there are many ways to make a fry potato interesting by adding a variety of different spices and cheeses. Here’s one such recipe:

Preheat oven to 425°. With a sharp knife, cut each potato crosswise into 1/8-in. slices, leaving slices attached at the bottom; fan potatoes slightly and place in a greased 13×9-in. baking dish. In a small bowl, mix butter, salt and pepper; drizzle over potatoes.

Bake, uncovered, 50-55 minutes or until potatoes are tender. In a small bowl, toss cheeses with herbs; sprinkle over potatoes. Bake about 5 minutes longer or until cheese is melted.

Kennebec potatoes are loaded with vitamin C and nutritious carbohydrates. They contain vitamin A and K, as well as calcium, phosphorous, potassium, folate, lutein, and iron.

Vitamin C, also known as ascorbic acid, is necessary for the growth, development and repair of all body tissues. It’s involved in many body functions, including formation of collagen, absorption of iron, the immune system, wound healing, and the maintenance of cartilage, bones, and teeth.

Vitamin A is essential for your health, supporting cell growth, immune function, fetal development and vision. Perhaps one of the best-known functions of vitamin A is its role in vision and eye health. Retinal, the active form of vitamin A, combines with the protein opsin to form rhodopsin, a molecule necessary for color vision and low-light vision.

When Are Kennebec Potato in Season in Texas?