The Cantaloupe or sweet melon is a variety of muskmelon species. The fruit likely originated from South Asia or Africa before being brought to the states. It is said the Christopher Columbus introduced the Cantaloupe to the new world on his second voyage in 1494. Commercial farming and production of cantaloupes in the United States were started around 1890.

The best way to pick the right Cantaloupe is through its scent. A ripe cantaloupe should smell sweet and have a slight musky smell to it. They should also have a bit of heft to them and they should feel heavy for its size and not feel hollow. The rind should feel like raised netting and not smooth.

Avoid purchasing cantaloupes that have visible bruising, as that could mean that the flesh underneath is damaged as well.

Texas ranks 3rd in melon production in the United States with cantaloupes accounting for 75% of the total melon crop. Depending on market outlook, anywhere between 12,000 to 20,000 acres are allocated for melon farms every year. Cash value for melon farming in Texas is around $82 million annually, and economic impact reaches as high as $115 million per year.

Half of all the cantaloupe crop is grown in the Lower Valley. About a third are grown in the Trans-Pecos while the remainder comes from Winter Garden, the Blacklands, South Texas, the Edwards Plateau, and the Cross Timbers.

All of the Cantaloupe grown in Texas goes to the fresh markets.

It is worth noting that while the Cantaloupe is considered one of the cleaner fruits and vegetables when it comes to pesticide contamination, its netted exterior and low acid levels make it conducive for bacteria growth.

Cantaloupes are adaptable to a wide range of soils.  The Cantaloupe thrives in well-drained, medium-textured soil with pH levels between 6.0 – 8.0. The Cantaloupe has a moderate water demand requiring around 15-20 inches of water per planting season.

Cantaloupes require no special tools to harvest because they detach easily from the vine when perfectly ripe. They are then hand-sorted by size and weight before being labeled then packed into boxes based on the customer’s requirements. The boxed Cantaloupe are then cooled before being transported to their final destination.

Note: Most cantaloupe packers do not wash their cantaloupes before packing them. You must wash your cantaloupes thoroughly before slicing into them.

Before cutting into your Cantaloupe, make sure to wash them under cool running water and scrubbing the surface with a medium bristle brush. This is to remove any bacteria from the surface of the melon. Cut off the stem end and scoop out the seeds from the middle like you would a pumpkin. Once the seeds have been removed, you can cut and portion your Cantaloupe to whatever size you require.

For storing leftover Cantaloupe, remove the skin and place it in an air-tight container and store in the fridge for up to three days.

To freeze Cantaloupe, remove the skin and wrap in cling film or store in a freezer-safe container before freezing.

Due to its high water content, canning and drying Cantaloupe is not recommended.

Cantaloupes are often used fresh in food preparations. Cantaloupes can also be used in pastry applications as a garnish or as the main flavor component.

When Are Cantaloupes in Season in Texas?

Buy Local Farmfresh Cantaloupes in Texas Directly from the Producer 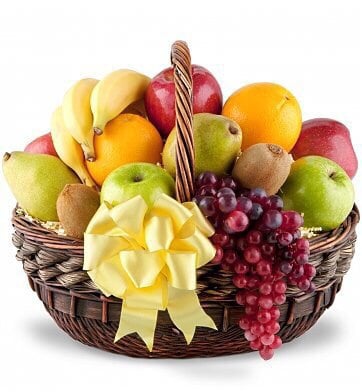