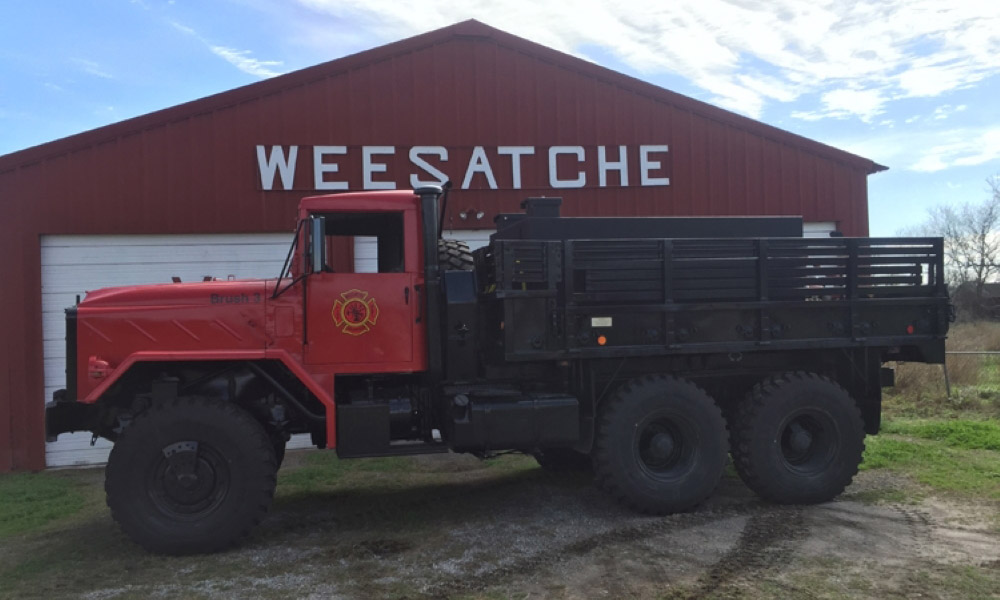 Weesatche is an unincorporated community in Goliad County, in the U.S. state of Texas. It is part of the Victoria, Texas Metropolitan Statistical Area that is located along SH 119, north of the county. It was founded around 1850 and was originally known as Middletown due to its location between Goliad and Clinton. However, the name was confused with another Middletown in Comal County. As a result, the townsmen decided to rename their town after the huisache trees, which were abundant in the area at that time. The new post office was named in 1860; however, it was misspelled in a phonetic way Texans often spell their place names. The shipment of wool, hides, and cotton became the community’s primary economic activities. The town also had been noted for its dance hall which became famous for eighty-six years. The number of residents peaked in 1990 at 525 souls. As of 2000, it has a population of 411.