Windmills play a significant role in the history and livelihood of Texas’ early settlers. Since many parts of the state experienced drought and water shortages, windmills became and remained to be an important supplier of water to the community, especially to the cattlemen. However, due to the confinement of windmills to distant areas, it has become a symbol of lonely, forsaken, and primitive life. Eventually, new versions of windmills have been created, where it converts its wind power to electricity. To honor this heroic construction, the state of Texas features the Windmill Museum and the replica of the world’s tallest windmill at the XIT Ranch. 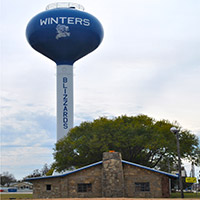