Texas is home to ten rattlesnake species and subspecies but only three out of them significantly interact with humans: the Western diamondback, the Prairie, and the Eastern timber or Canebrake. The Western diamondback is the most common and widespread venomous snake in Texas that can usually be found all throughout the state except in the easternmost part, where Eastern timber or Canebrakes thrives. The state is also home to many rattlesnake roundups or rodeos, an annual event that educates participants about rattlesnakes; captured wild rattlesnakes and its byproducts are displayed and sold in this event as well. The municipality of Sweetwater is home to the largest annual rattlesnake roundup in the country. Indeed, rattlesnake roundups or rodeos not only plays a vital role in the state’s history and social aspects, but it also greatly contributes to the state’s economy, as such events attract thousands of tourists, which generates millions of dollars each year. 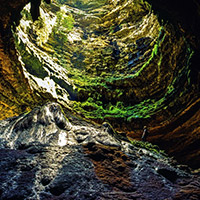